Jai Maa Tarachandi' will be released this Dussehra 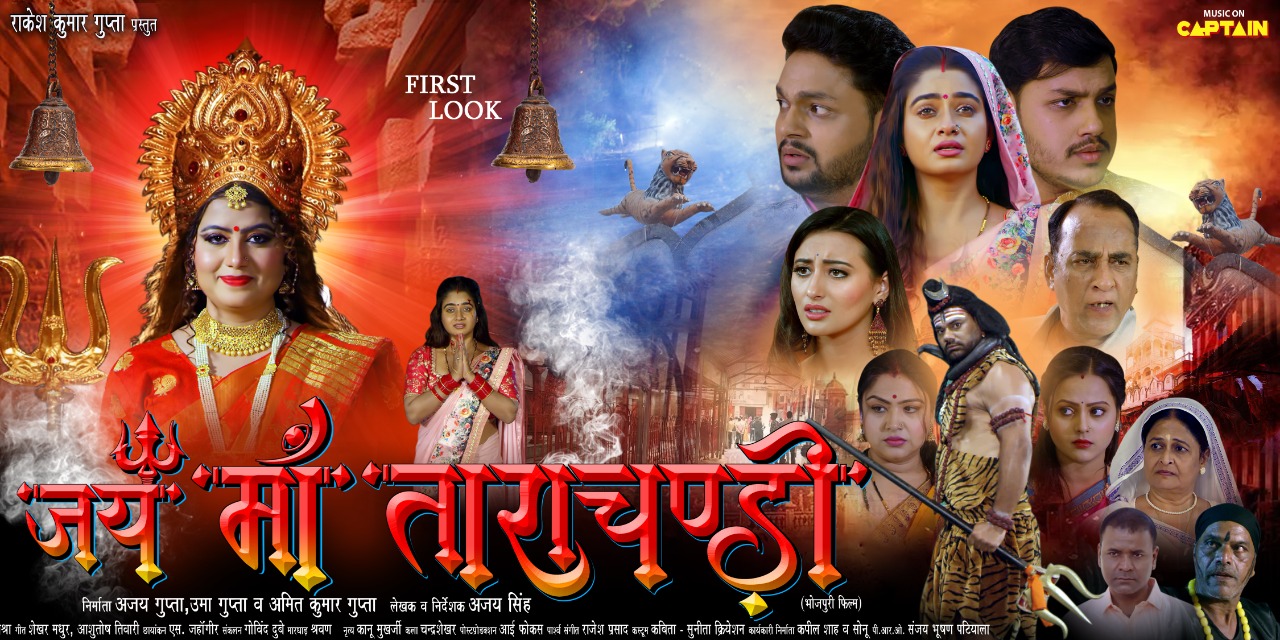 On the occasion of Rakshabandhan, the first look of such a film has been out in the Bhojpuri film industry, which will make the audience aware of the glory of Durga, the goddess of power. We are talking about Captain Video Pvt. Ltd. From the upcoming film 'Jai Maa Tarachandi,' whose first look is lovely. Although the image of Maa Tarachandi is presented with a trident, in this film, famous singer Ankush Raja, who has made a place in the hearts of the Bhojpuri audience with his singing, is going to be seen. Ankush Raja is continuously doing films and web series these days; in the same sequence, his movie will also come. Shyamali Srivastava will be in the title role of the film.
At the same time, Babli girl Ritu Singh will also be seen in the lead role in the film 'Jai Maa Tarachandi.' It is said that she will be in the central role of this film. Apart from him, another name is associated with this film, which has settled in the hearts of everyone with its performance and passion in recent times. She is Bhojpuri's newcomer Sweta Mahara. Sweta is also going to be an essential part of this film. The film is produced by Ajay Gupta, Uma Gupta, and Amit Kumar Gupta. He said we would bring our film 'Jai Maa Tarachandi' on a big scale. Its preparation is also going on in full swing. We will give such a film to the public so they can see the glory of Mata Rani in a new way.
Ajay Singh is the film 'Jai Maa Tarachandi' director and writer. He said that the presentation of the film would be done with modern technology and a cinematic approach. The use of VFX will also be great. It will be a completely different kind of film. We have cast a new generation of actors for our film, who rule the hearts of the youth today. He said that the songs in the movie are very melodic. Its lyrics have been composed by Shekhar, Madhur, and Ashutosh Tiwari. The music is by Sajan Mishra. The film stars Action Shravan, DOPS Jehangir, editor Govind Dubey, and choreographer Kanu Mukherjee. The shooting of this film was done in Delhi. PRO is Sanjay Bhushan Patiala. This film will release on Durga Puja this time. The film also stars Ankush Raja, Ritu Singh, Sweta Mhara, Preeti Maurya, Bina Pandey, Anoop Arora, Poonam Singh, and Dev Singh in lead roles.