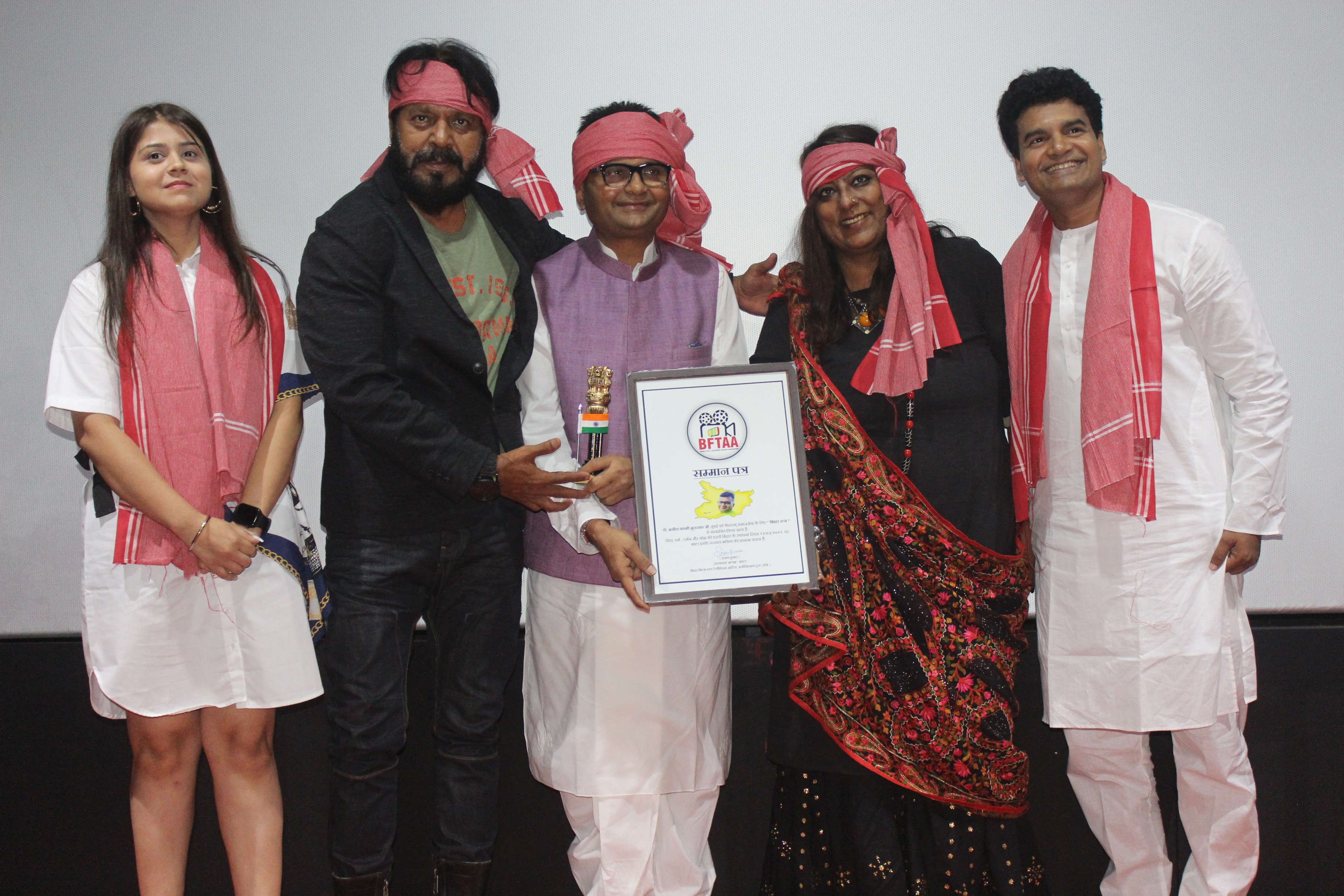 Bihar Film and Television Artistes Association Trust (BFTAA) celebrated 110th year of Bihar Foundation Day (Bihar Diwas) at the Indian Motion Picture Producers' Association IMPPA office, Mumbai at the hands of Educationist, Film Producer TP Aggarwal, action director Tinu Verma and Guiness Book Record holder actor Rajan Kumar.
Every year on March 22, eminent  personalities are honored by the association. This year, Philanthropist-social entrepreneur and Producer Dr Aneel Kashi Murarka was honoured with 'Bihar Ratna Award'.
To the uninitiated, Dr Aneel Kashi Murarka is known for his multiple businesses including filmmaking, and his social bent of mind  ranging from  social to humanitarian initiatives across the country.
With his son Sidhaant , Dr Aneel Kashi Murarka founded Ample Mission, an organization specializing in intellectual property based programs and award programs.  It facilitates events for social causes through performances that include film stars and well-known personalities of the region.
Dr Aneel Kashi Murarka is also engaged in many charitable activities affecting the improvement of education, healthcare and living conditions.  He has been officially appointed as the Ambassador of Swachh Bharat Abhiyan, an initiative to clean up the infrastructure of small communities in India.  He is the Founder of Ample Missiion and Samarpn Trust, is actively involved in various social initiatives through this renowned organizations Pan India. He is associated with NASEOH, Rajasthani Mandal, Narayani Dham and others. He has also produced '11-minutes' anti-smoking short film with Deepak Dobriyal and Sunny Leone and the other short film 'Don't Let Her Go' on a Swachh Bharat with Kangana Ranaut.