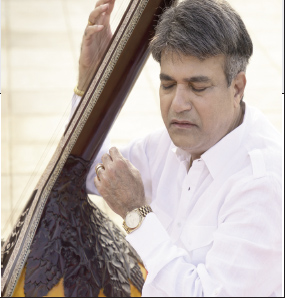 Pa dma Sh r i Su r e s h Wadkar releases Maruti Stotra, launches Suresh Wadkar Bhakti Channel on Hanuman JayantiFrom bhajans and abhangs to mantras, shabads and stotras, Padma Shri Suresh Wadkar is known all over the world for his spiritual ly enl ightening Bhakt i Sangeet.Now, on the auspicious event of Hanuman Jayanti, music maestro Suresh Wadkar is all set to launch his own devotional YouTube Channel, ‘Suresh Wadkar Bhakti’ with Maruti Stotra as its first offering. Maruti Stotra, sung by Suresh Wadkar and composed by his student Padmanabh, was released at 12 noon today. Maruti Stotra or Hanuman Stotra is a 17th-century Stotra, hymn of praise, composed in Marathi language by saintpoet of Maharashtra, Samarth Ramdas ji. It is a compilation of praiseful verses that describe the many aspects and virtues of Maruti Nandan or Lord Hanuman.Whi le Suresh Wadkar Bhakti Channel will see the maestro singing devotional songs composed by his students and other various composers, Suresh Wadkar ’s Ajivasan Sounds has also simultaneously started other YouTube Channels, Ajivasan Bhakti & Ajivasan Sounds, to showcase and promote original music from budding & aspiring talent. Suresh Wadkar is elated that he is now focusing on his first love – devotional music. “I wanted to start this for a very long time but I was busy with my recordings, shows and our music academy Ajivasan. Now Padma, my wife, has completely taken over the day to day supervision of the academy. Also, I had a lot of time for myself due to this pandemic, I started working on this channel and I am happy that with Hanuman Ji's blessing it is finally on,” he says.