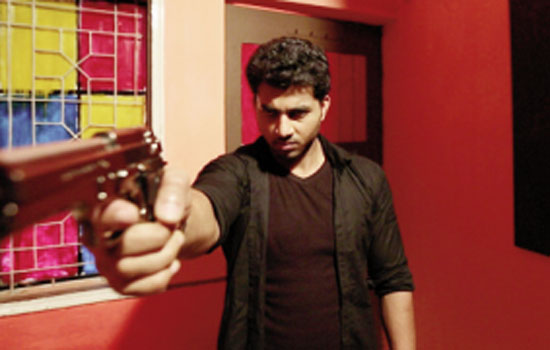 Railway Raju, a love story amidst an action film based on the wrestling gangs of Banaras and directed by international award winning filmmaker Dinkar Rao, is slated for release on December 18, 2020 in theatres in Uttar Pradesh, Uttarakhand and New Delhi braving the Covid onslaught. It creates a beautiful beginning for films to return to theatres like the good old days before Covid struck. “For me, it’s a pleasant surprise that the film is releasing and it’s a UPbased film. It’s a film which has interesting elements. When I showed it at the Cannes film market many buyers from South East Asia and North America liked the concept of wrestling gangs in north India.” says director Dinkar Rao whose short filmAsthi starringAntara Rao was premiered at Cannes, which he plans to complete it as a feature film with a knownBollywood actress. Railway Raju has Sunny Shaw & Telugu actress Lavanya Rao in the lead roles and a host of good theatre actors from Uttar Pradesh, New Delhi, Mumbai, USA and Germany. The film has managed an all India release after having been released in Mumbai earlier through Vkaao, an arm of PVR and Book My Show. “I am very grateful to our project designer and marketing and distribution consultant S Ramachandran for being the guiding force during the making, censor and release of the film” says Dinkar Rao.