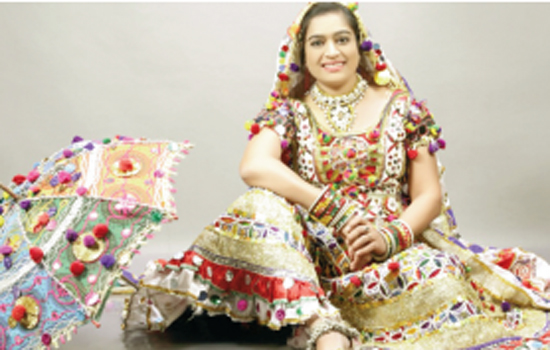 Ekta Jain is an affluent regional actress known for Gujarati Dramas took aside to indulge in Navratri festivities. Other than drama the actress is also famous for her multilingual work in the world of theatre. The actress has done plays in Hindi, English, Gujarati and even Sanskrit. Shaka laka Boom Boom and Shagun are the most renowned projects she has worked at. Her ability to adapt to the roles in the various language is a rare talent that Ekta posses, perhaps its that ability of her which has garnered her 4,71,000 TikTok followers . The actress has an undying love for and the exciting celebration of it in the form of Garba. To celebrate her favourite festivaltheactress recentlyhadaphotoshootaroundthetheme on Navratri at Shree Sutram Studio, Mumbai. The actress is seen flaunting the regional costume with elegant grace and childlike fun the exquisite array of photos.Aside from that, the actress will also be going on a Garba spree across the city at various pandals. Ekta Jain will soon be seen in Manoj Sharma’s upcoming horror-comedy Khalli Balli produced by Kamal Kishor Mishra of One Entertainment Film Productions and Prachi Movies