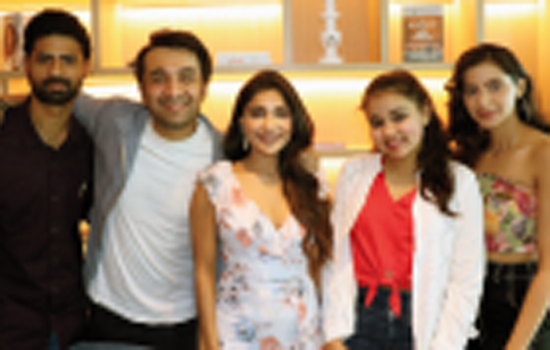 SiddhanthKapoor,Ishita RajSharma ,Subha Rajput and Yashvi Mulchandani went toAhmedabad to promotetheirHindifilmYaaram . The film is produced by Vijay Mulchandani and directed by ad film & fashion cinematographer turned filmmaker Ovais Khan . Cast of thefilmarePrateikBabbar,SiddhanthKapoor,IshitaRajSharma, Anita Raj , Subha Rajput and Dalip Tahil. The film is made under the banner of Yashvi Films which was entirely shot in Mauritius . The music of Yaaram Film has been composed by directors Sohail Sen, Jeet Gannguli, Rochak Kohli, Nayeem - Shabir with the lyrics being penned by Kumaar. Yashvi Mulchandani said,“this is the Romcom movie.People will love this movie. You can enjoy this movie with family. Youth will connect with this movie.”