The Sky Is Pink: Farhan Akhtar and Priyanka Chopra thank B-town for all the praise 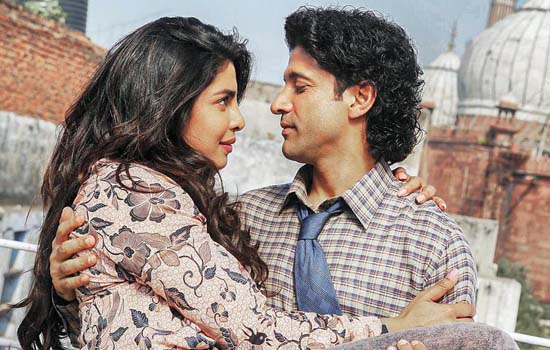 Soon after the special screening of Shonali Bose's much-awaited film, 'The Sky Is Pink', Bollywood celebrities are pouring in their congratulatory messages to the team through their micro-blogging sites. Much is being said and written on social media about the film that it is actually trending on Twitter.

B-town celebs are going ga-ga over the film and an elated Farhan is thanking each and every individual for praising the film. Not only Farhan but Priyanka who is far away in the USA, despite of the time lapse is making sure to express her gratitude towards those who are complimenting the film. It seems the has actually took everyone by surprise with its beautiful narration and concept. The film which happens to be an emotional trip has been praised by manycelebrities from the industry and we are sure the team is eagerly waiting for some more kind words in the coming time.Meanwhile, 'The Sky Is Pink' is a love story of a couple from their daughter's lens who has been diagnosed with pulmonary fibrosis. While Priyanka and Farhan play the role of the couple, Zaira Wasim will be seen as their daughter. This film will mark Priyanka's comeback to Bollywood after three long years. It is also Priyanka's first collaboration with Shonali Bose.

The film is all set to hit the silver screens tomorrow!