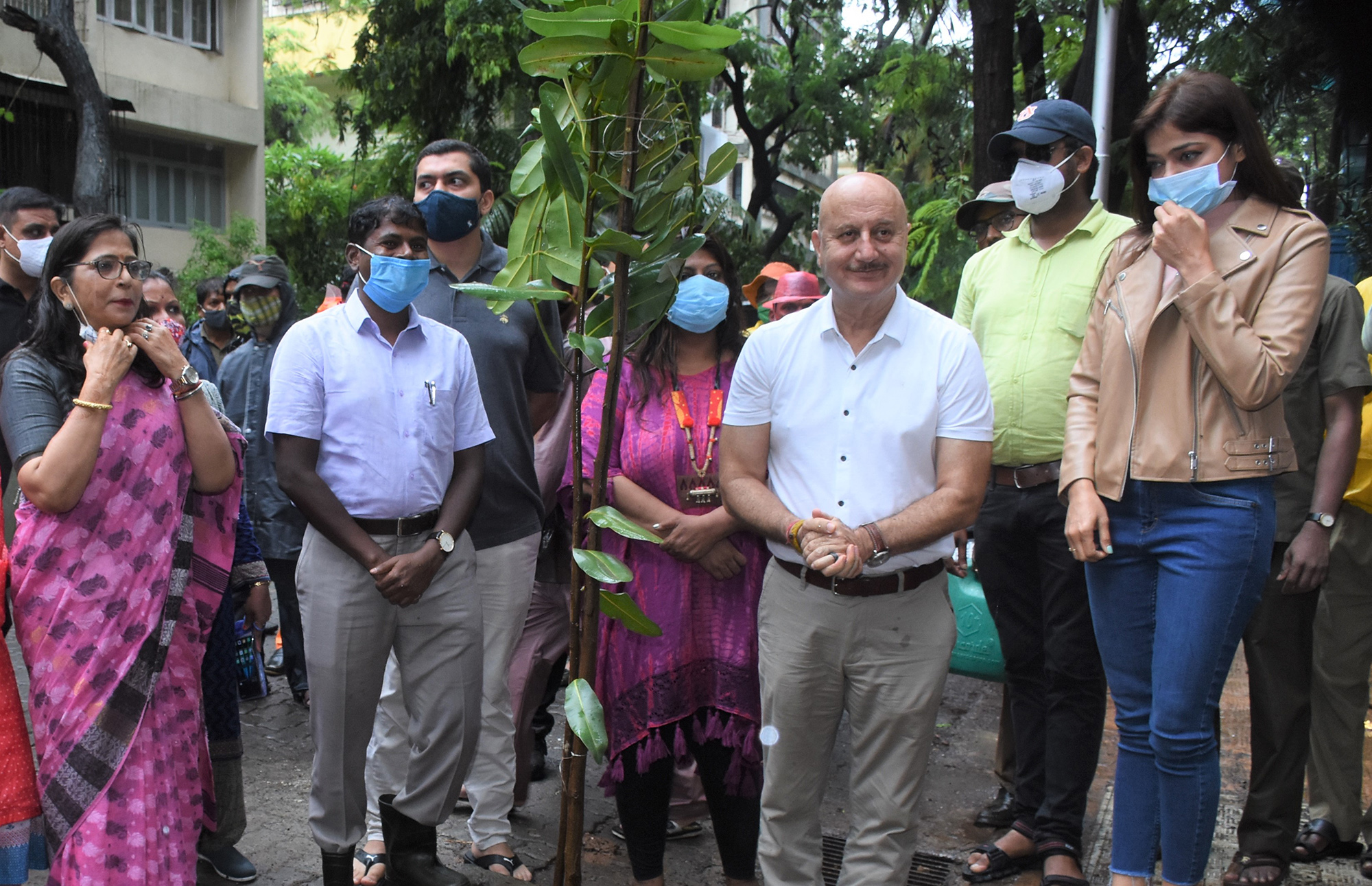 The recent cyclone Tauktae has battered the green cover of Mumbai, with 2363 trees being uprooted and innumerable others losing their branches. A survey revealed that 70 per cent of the trees lost were non-native species. After studying the local agro-climatic conditions, including soil quality, humid weather, the BMC prepared a list of 41 native trees that can be planted in Mumbai and are part of the trees in the Konkan belt. These are Wad, Pimpal, Umber, Kanchan, Kadamba, Gunj, Palas, Nim, Mahogany, Moh, Bahawa, Sag, Arjun, Ain, Kinjal, Sita Ashok, Undal, Nagkeshar, Champa, Shivan, Shirish, Karanj, Bakul, Bell, Taman, Hirda, Behda, Coconut, Amla, Khair, Tetu, Mango, Putranjiva, Wild Almond, Bibba, Parijatak, Rita, Sandalwood, Phanas and Chafa among others. On the eve of World Environment Day, the BMC’s K West Ward Asst Commissioner Mr. Vishvas Mote along with Make Earth Green Again MEGA Foundation started the ‘Be A Tree Parent - Adopt A Fallen Tree Pit’ Campaign to involve societies and residents to adopt one of the 348 fallen tree locations in K West Ward and re-plant the same with an identified fast growing tree species.Keeping in mind the above and to restore the green cover, Asst Commissioner Vishvas Mote avered, “The aim of this campaign is to involve citizens and societies to adopt and take care of a tree at the location of a fallen tree, that will be planted in consultation with the Garden department. It also aims to create awareness among citizens about different native species of trees, their blooming seasons and growth patterns and to build a sense of ownership among residents for green cover in the city.” Added Anusha Srinivasan