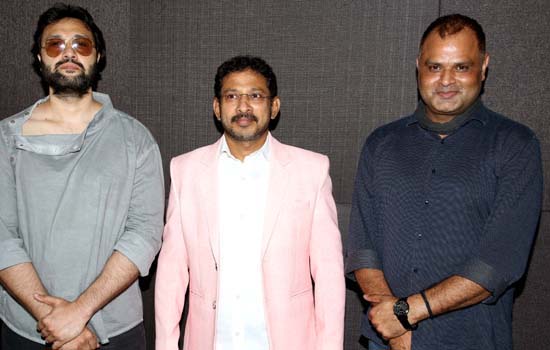 Intro: Fahim Qureshi has collaborated with Dushyant Pratap Singh to bring in classy entertainment for Indian cinema .With a background in construction business, businessman Fahim Rustom Qureshi bought over Origin Film studio lab situated opposite Yash Raj Films in Andheri. Origin Film Lab has produced two films - Fauji featuring Sharman Joshi and Mugdha Godse and another film Wo meri Student hai pagle featuring Anup Jalota and Jasleen Matharu.Now Fahim Qureshi has entered into a deal with Dushyant corporation, wherein they will produce eight short films and one feature film in one year. The first film is titled Shatranj. The film cast is - Hiten Tejwani , Kavita Tripathi , Shawar Ali, Pankaj Berry, Ashutosh Kaushik , Hemant Pandey and Ekta Jain . Dushyant Corporation is headed by film director Dushyant Singh and his friendship with Fahim Qureshi made him sign the deal. Dushyant Corporation not only plans to bring in films with meaningful content but also introduce newest technology and special effects in the business in the coming years.Qureshi said, "Dushyant Singh is a talented film director and our collaboration with his company aims to bring in films with superior quality and good content in the business. Hopefully, masses will get to see classy content in films and it will be interesting entertainment for them."This collaboration has created a buzz in the film world and people feel that when creative and corporate minds get together, the results will be awesome!