Video album released by “Zee Music” to fight against “COVID-19” 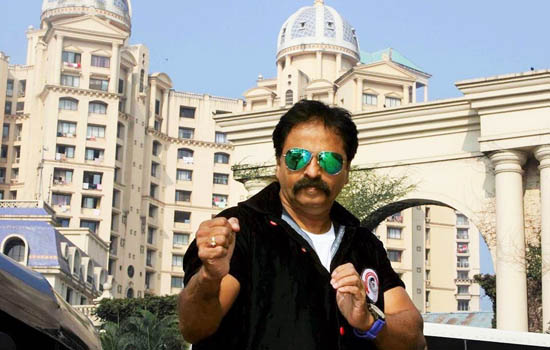 Mumbai.The people world over are fade up with rampant spread of “COVID-19”. As such to encourage them to stand up courageously to fight this pandemic, the “Orange cinematics & Li hileos films” has produced the video album “Hamein jeetna hai”, which has been directed by Priti Kshirsagar. The album has been widely acclaimed by the people.Besides famous singers and stars, the well-known martial art expert Chitah Yajnesh Shetty has also performed in this video. Padmshri Kailash Kher, Padmshri Shankar Mahadevan, Annu Malik, Javed Ali, Hrutu Pathak have sung the songs and performed in the album.
Besides Yajnesh Shetty, film stars Milind Gunaji, Shakti Kapoor, Anjan Srivastav, Ashok Benival, Rahul Roy, Monalisa have also performed in this album and have made it a great success. Arif Chandwani has scored the music, while Salim Begana has penned the songs. Anand A Ram has edited the album.
About the album, Yajnesh Shetty said that all the participants did their best to make this album interesting so that it would inspire the people. Many singers, musicians and film artists have participated in this album. This album will bring in vigour among people and will make them forget their difficulties at least for the time being.