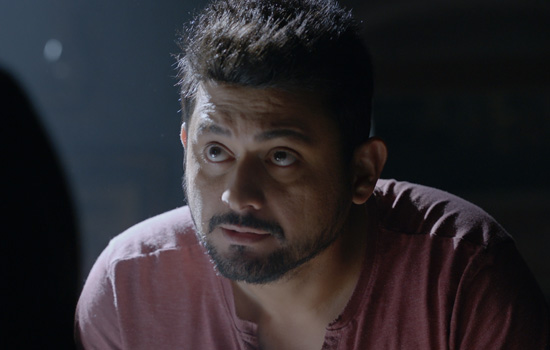 From a popular child actor to the chocolate boy of the Marathi cinematic universe, Swwapnil Joshi has defied all odds and established himself as one of the leading actors of the Indian film industry. With MX Player’s Samantar, Swwapnil Joshi is all set to foray into the web space and enthral his fans and well-wishers with a road previously not taken.

Swwapnil Joshi avers, “I have been saying no to web series since the last two years, and on and off, a lot of content has come my way during this time. I wanted to wait because I believe your first look/impression matters the most in the long run. There are many advantages of the web space: there is no censorship and the stories are as realistic as they can get. I was looking at a script that justifies all these parameters and all the same, gives me a heroic entry in the web space. When Samantar was offered to me, I thought that it is ticking all the right boxes and MX Player is the biggest OTT platform in the country. What more could I have asked for? And the cheery on top is that the project is produced by GSeams, a company who I have done maximum work with in the past. Samantar is directed by Satish Rajwade, again someone I have worked with before and someone I have an excellent rapport with. Lastly and most importantly, the story is based on a book by Suhas Shirvalkar, one of the most successful and prolific writers of my times. And in fact, one of my most successful films and one of the most iconic hits of the Marathi film industry, Duniyadari was also written by Suhas Shirvalkar.”

When asked if he believes that the web space is taking over mainstream cinema, the ace actor imparts, “I don’t agree with the idea. I remember when I started doing television, almost three decades ago, there was a hue and cry over how television is going to kill cinema and theatre. I was a kid back then, must be ten or eleven, but I distinctly remember this furore taking place. Three decades later, I see that all the other forms of entertainment, have only grown stronger and television too has sustained and grown in its own space. Entertainment therefore, I believe, is a format where ‘the more, the merrier’ theory works. With web content barging in, I feel that for a year or so, there will be gestation period where all the other mediums are naturally going to affected because of this huge influx of web content. But eventually in the long run, every medium is going to find its own equilibrium.”A thriller, Samantar is the story of a young man whose life changes when he hears of a certain Sudarshan Chakrapani and is hellbent on finding him. Watch the mystery unravel in the second week of March!