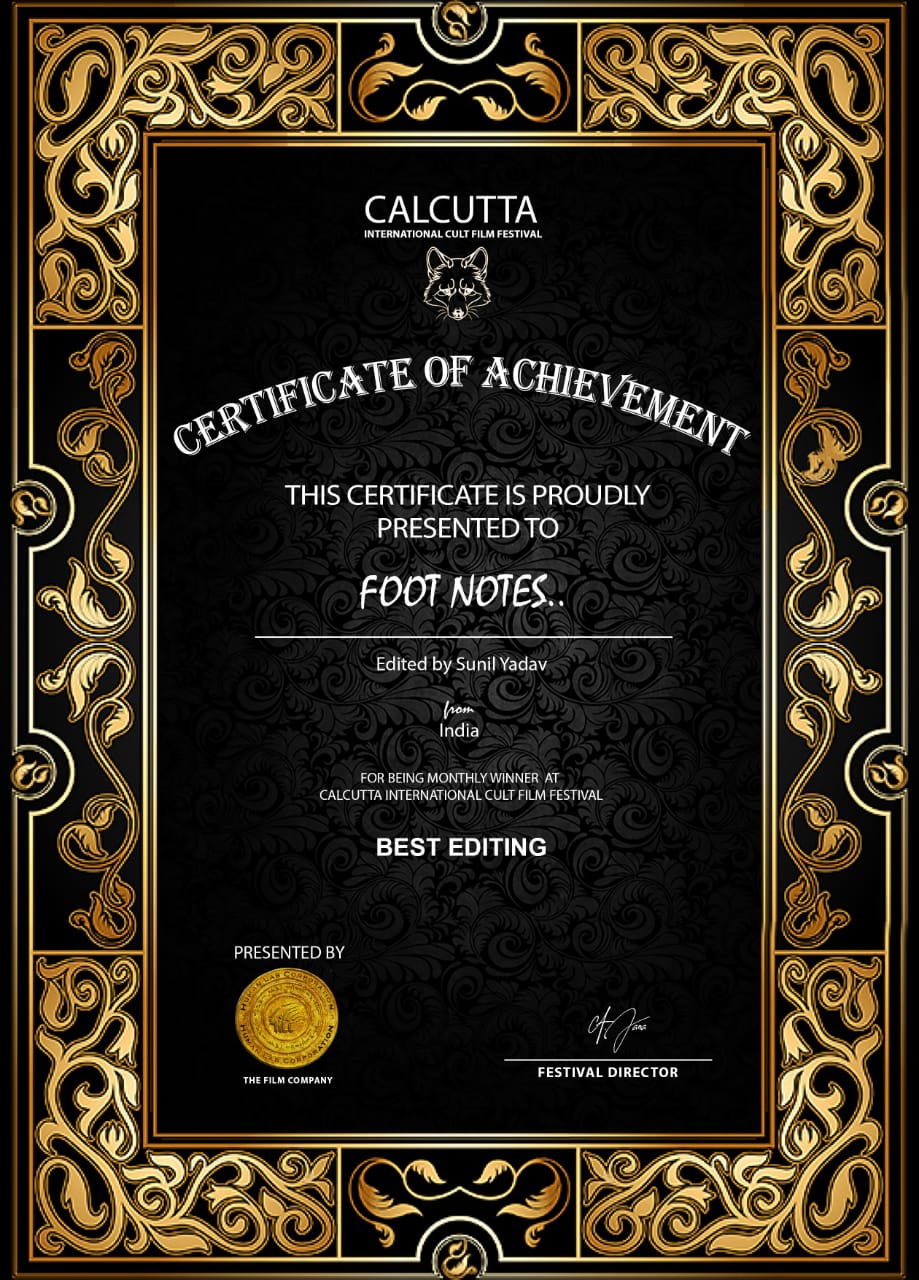 You have edited various feature films, so how was your experience editing this short film Footnotes ?

It was one of a kind experience as a humorous incident happened. When I saw the footage, I thought it was a horror film or something else. However, when I observed minutely it turned out to be a romantic film and a different story completely which was a hilarious experience for me.

So how has your journey been as an Editor from your first film to this romantic short ?

It has been truly gratifying and exhilarating as well. I have edited 8 films and I had edited a short film earlier also which was an official selection for Cannes. Now, I am really happy that the Director Monjoy Joy Mukerji gave me this wonderful opportunity to edit this cute, romantic short film for which I even won the Award for the Best Editor at the Calcutta  International Cult Film Festival 2021.