Natyansh is revitalizing the theatre of substance in lakecity 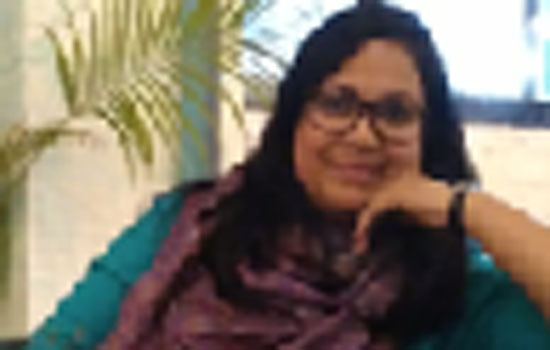 It is regular in our society to assume that if youngsters are doing something, it must be casual or for time pass. And people think once the fire is over, they will get into regular stuff of chilling around like any other youngster. People thought something similar for Natyansh. All the team members who came together to start Natyansh Society of Dramatic and Performing Arts were young, either just out of college or finishing college. None of them had any degree in theatre. They came together because all had the fire and passion to live their lives doing theatre. The theatre group at its infancy was just an initiation of promoting drama activities and narrativising the social homogeneity.

Later on, they irrigated it with compassion towards the genre and ripened it for the portrayal of truth and righteousness. Team has conducted numbers of workshops and campaign to maintain the discipline of theatre, along with this they started to take other workshops as well like painting, film making, direction etc, and much more. Natyansh is now the family with more than 200 members.

Artists of Natyansh practice playback theatre along with the sundry forms. Their expertise lies in the street plays, monologues, workshop and seminars, social work, script writing and many such genres. Indian culture and ethos have always fascinated them for performative arts; although they also believe in “Oral Literature” in its original form. They propose unique ideas rather than imitating classics. The city like Udaipur needs closure to such ideas and innovations. Natyansh have been close to the idea of promoting such cultural activities.

No evil exists where art lives. Every day, we live our dreams for Natyansh. One dream is to make theatre available to everyone regularly. Instead of one show every year, we do street plays regularly and multiple stage shows in a year. The other dream is to make the artists financially sustainable. We envision that people who have a love for theatre don’t have to pursue parallel careers for earning money, whereas theatre is able to take care of their expenses.

Before joining Natyansh I have done lots of street play with various groups. I was searching of a team where I can pursue my passion of theatre. Natyansh came as a ray of hope and I immediately became its part. The six years journey of team Natyansh is like a roller coaster. The team has more 10 directors, 20 writers and more than 100 artists and the number is still increasing.

I would suggest everyone to do theatre once in a life. It will change the way of thinking and brings positivity in life.

I started theatre with Natyansh where I explore my hidden talents which were unknown to me. From writing my first script to directing a play, to managing logistics and resources for Alfaaz (a national theatre festival of Natyansh organised with contribution of people), it’s been a very enriching journey. The best thing that happened to me through Natyansh was an opportunity to work with specially challenge children. The kids understood everything and worked brilliantly. All my perceptions were broken. They have inspired me the most. Whenever I feel low energy, I remember these kids and a spark comes from inside. I feel "if they can do anything, why can't I’. Natyansh gave me a reason to live.

Theatre gave me an opportunity to talk about issues and things that people usually chat over a cup of tea and never do anything about it.But Natyansh helped me to reach out to more people and share ideas for uplifting society. The feedback from audience helped me to enrich and grow not as an individual but collaboratively with people in society. At Natyansh, I realized art is not made for entertainment; its sole purpose is to bring positive social change.

Now I am more focused towards theatre and regularly spread theatre arts through workshop and performances for children in rural areas.

I am part of Natyansh from its beginning. I have been effectively using theatre for creating mass awareness and community development.

Being a woman is in no way a constraint for me in efficient execution of my responsibilities.

My theatre life started with a workshop eleven years ago. I have been in theatre ever since, the journey has been challenging but fun at the same time.

After each show, when someone from the audience comes and shares what changed in their lives after watching the show, I know I want to do this for the rest of my life.