Suriname president sentenced to 20 yrs over executions of political opponents 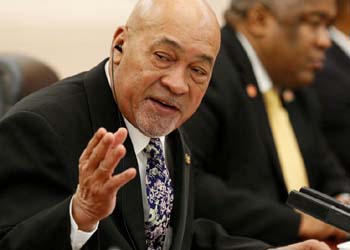 A military court in Suriname sentenced President Desi Bouterse to 20 years in prison over the executions of political opponents, when he was the South American country's dictator in the 1980s. His lawyer Irvin Kanhai said Mr Bouterse is on a state visit to China and will appeal the judgement when he returns next week.

Bouterse has always denied involvement, saying the victims had been held for plotting a counter-coup with the help of the CIA. Mr Bouterse has dominated Suriname's politics since taking power in a 1980 military coup.

Dutch-speaking Suriname's people have roots in Asia, Africa, Europe and the Americas. It gained independence from the Netherlands in 1975.