60-year-old men got free treatment under the RGHS scheme 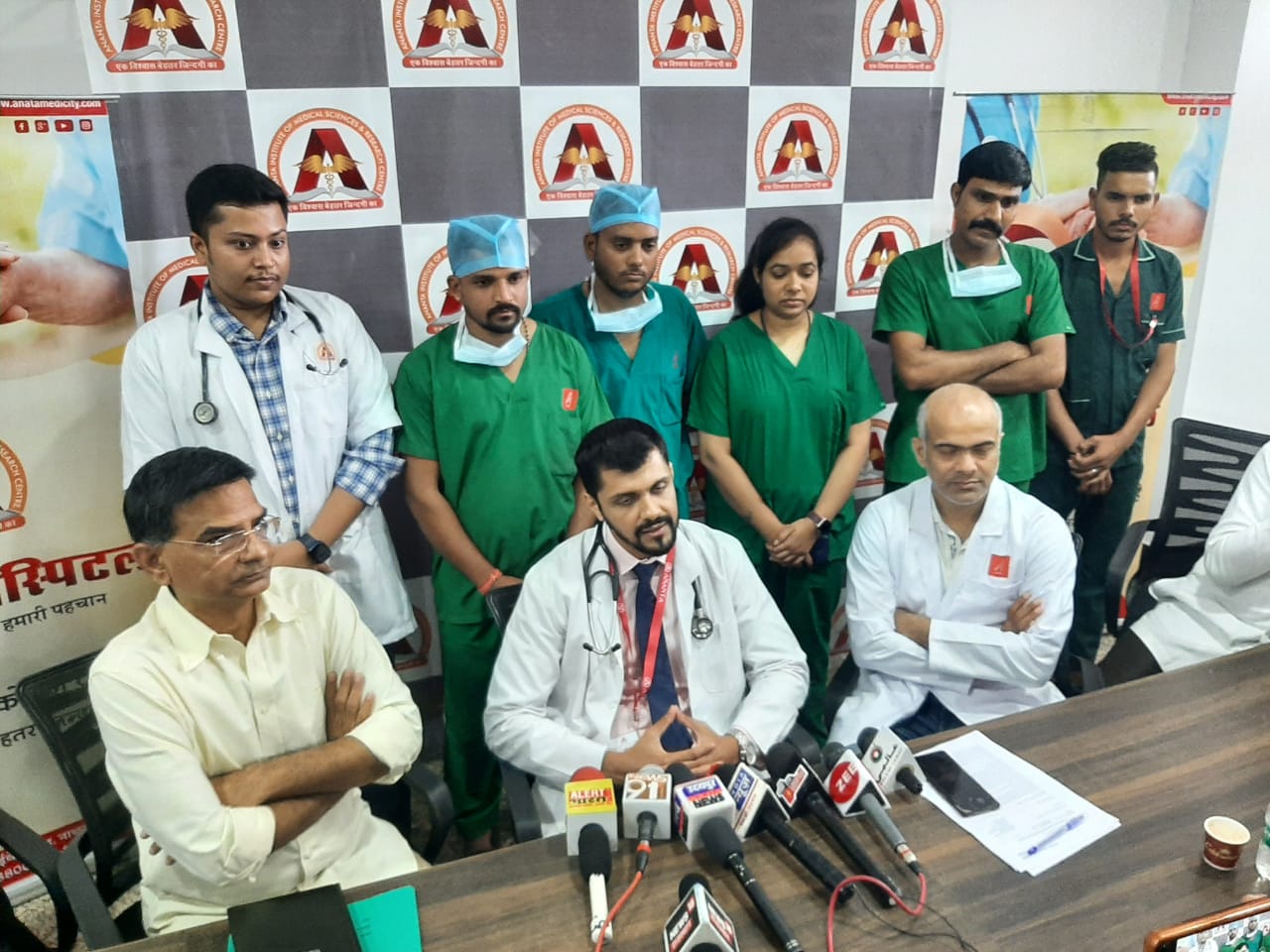 Dr.Nitin Sharma, Executive Director of Ananta Hospital, told in a press conference held at Ananta Hospital on Thursday that now patients will not have to depend on hospitals in Jaipur and Ahmedabad for bone marrow transplant

s. Udaipur, the first bone marrow transplant in southern Rajasthan, has been done at the Cancer Center of Ananta Hospital. These medical facilities will now be available in Ananta Hospital as well.

Get rid of cancer. First of all, due to his illness, on April 25, 2022, Dilip Singh came to Ananta Hospital for consultation with Dr. Rohit Robello (Medical Oncologist), when Dilip Singh was found to be suffering from a cancer disease called Multiple Myeloma; at that time Dilip Singh was utterly unable to walk and came on a wheelchair. Seeing the patient's condition, Dr. Rohit thought of treating him with a bone marrow transplant, but it was not as easy as the patient's severe condition. He said that the patient Dilip Singh's son, Bheru Singh Solanki, age 60, resident of village Paloda district Banswara Rajasthan, was a government teacher.

For this reason, Dr. Rohit gave four chemotherapy cycles, which ended on August 1; after four chemotherapy, the patient started responding well, called VGPA (Veri Good Partial Response) in medical language, given which Dr. Rohit did Bone Marrow Transplant. The mindset was made, but patient Dilip Singh was about to be discharged from his government services on August 31, so he expressed his desire to do it after the completion of his retirement because there was little danger in bone marrow transplant.

The patient Dilip Singh was a state employee of the Government of Rajasthan; due to this, it was free of cost under the RGHS (Rajasthan Government Health Scheme) scheme.

Ananta will provide free treatment to children suffering from cancer

Group Executive Director Dr. Nitin Sharma said that Ananta Hospital is constantly achieving new heights in the medical field. Children suffering from severe diseases like cancer will be given free treatment in the hospital. We will expand facilities like kidney and liver transplants in the coming years.