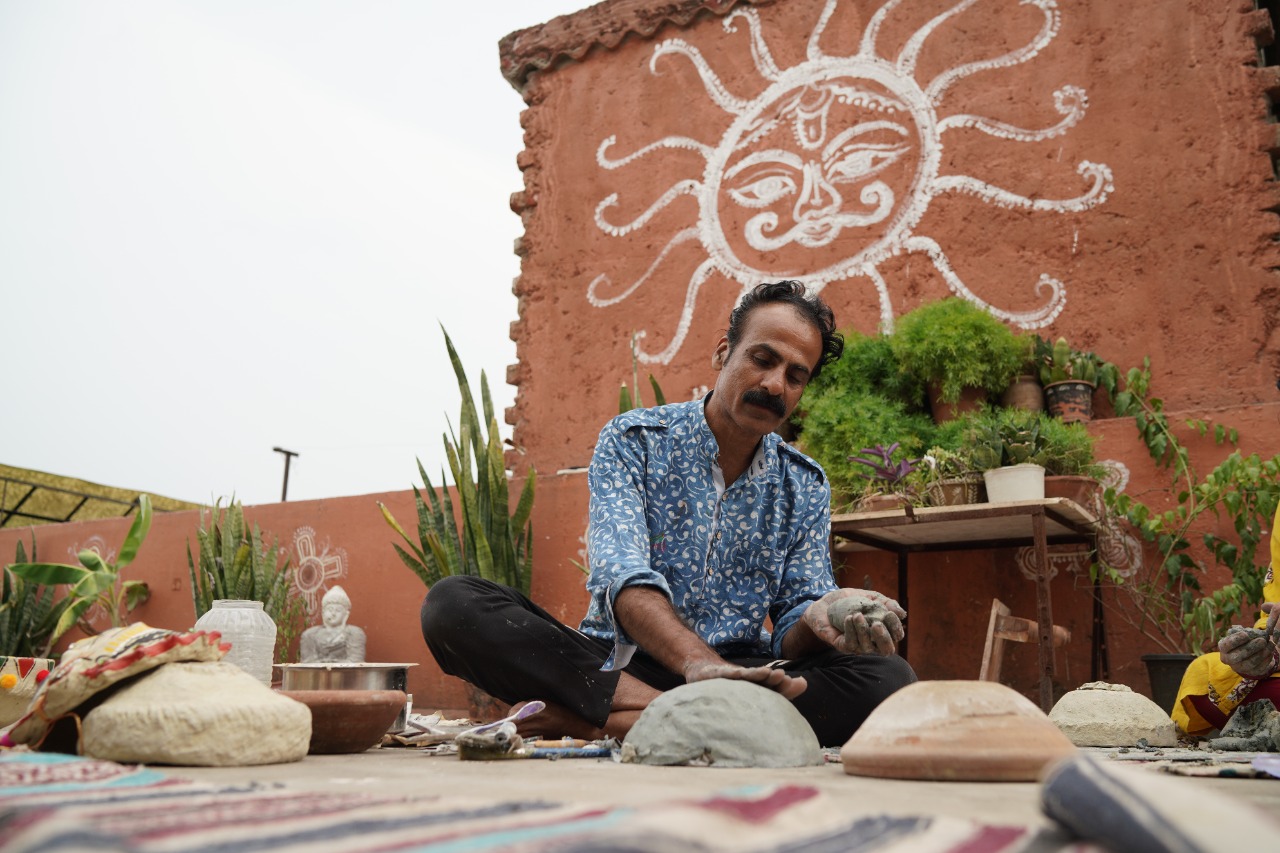 Jaipur, : Good news for the literature and art lovers of Jaipur. This year, the onground sessions of the Jaipur Literature Festival (JLF) to be held at Clarks Amer from 10 March will witness a fusion of art & literature. Described as the 'Greatest Literary Show on Earth', JLF; startups like Rajasthan Studio and Rooftop App providing authentic art experiences to art lovers will be participating. This information was given by Mr. Kartik Gaggar, Founder and CEO, Rajasthan Studio and Rooftop App on Thursday.

Mr. Suraj Dhingra, Vice President, Teamwork Arts, said, “I am delighted that Rajasthan Studio has joined JLF this year as the Official Partner of Art Workshops. Rajasthan Studio will organize various masterclass art workshops as a creative activity for the literary lovers coming to the 15th edition of JLF. There can be nothing better and unique than this; one will get to learn the traditional arts of India on the world's greatest literary platform.

Mr. Gaggar further said that being a part of a world-renowned platform like JLF is like a daydream come true for us. It is a matter of great pride for us that on the platform of JLF, we will get to learn different forms of art from various National Level Awarded Artists associated with Rajasthan Studio. Mr. Kartik Gaggar further informed that workshops on Puppetry (Shri Pappu Bhat), Miniature Painting (Shri Asharam Meghwal), Lac work (Shri Awaaz Mohammad), Miniature Rice Writing (Smt. Neeru Chhabra), Papermache (Shri Rakesh Vyas) will be organized free of cost from 11th March to 13th March between 11 am to 6 pm at JLF's FOF & Delegate Lounge. Authors, delegates and Friends of the Festival (FOF) participating in the festival will be able to partake in these workshops. To participate in the art workshop, one has to register on the Rooftop app. During the festival, volunteers will assist in on-the-spot registration.

The Founder and CEO of Rajasthan Studio and Rooftop App added that there will be Puppetry Workshop from 11 March to 13 March for the delegates visiting JLF while for Friends of the Festival there will be Puppetry Workshop on 11 March, Miniature Painting and Lac work on March 12 as well as the Miniature Rice Writing and Papermache workshops on 13 March. Similarly, there is a provision for the special workshops at the master artists' residences on 15 and 16 March after the festival for the authors.