In the cases of acute left main coronary occlusion, only 5 patients have survived in the world so far 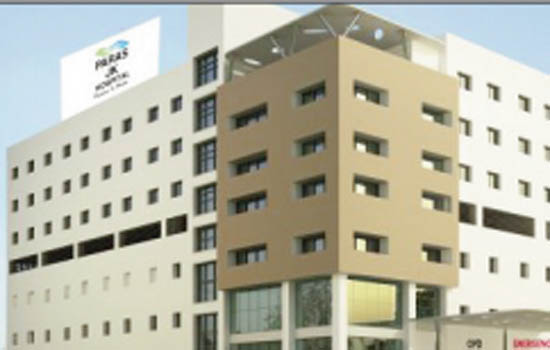 Udaipur: The blockage usually occurs in one of the 3 arteries in a heart attack, but a blockage in the main coronary artery (left main) of the heart is very rare and heart attack is rare. Such patients die only during a heart attacks. They do not even reach the hospital. A similar case was the procedure by Paras J.K UdaipurIt was seen in the hospital where Vijendra Gurjar, resident of Nathdwara, saved his life by angioplasty in just 11 minutes. Thehospital's cardiologistDr.CPPurohit saidthat60-yearold Vijender Gurjar came to the emergency department of the hospital with a tremendous heart attack and fell on the main door of the hospital. In this situation, the patient immediately underwent CPR in an emergency. The patient was immediately followed by angiography in which it was found that there was a 100 percent blockage in his left main artery due to which he had a fatal heart attack. This type of condition is medically called acute left main coronary occlusion. In this, the patient needs immediate treatment. If not, the patient dies immediately. Dr. Purohit said that according to the Medical Generals, to date there are only 5 patients who have survived in such cases. Time is a major contributor to such cases. In this we treated the patient in an emergency without saving time and saved his life. The patient is now healthy and has been discharged from the hospital. Hospital director Vishwajeet told that in this case the team of the hospital, Dr. C.P. Purohit, Dr. Harish Sanadhya, Dr. Nitin Kaushik and Dr. Chetan are eligible for critical congratulations which made this operation successful. He said that C.P.R. And due to timely treatment, the patient's life has been save