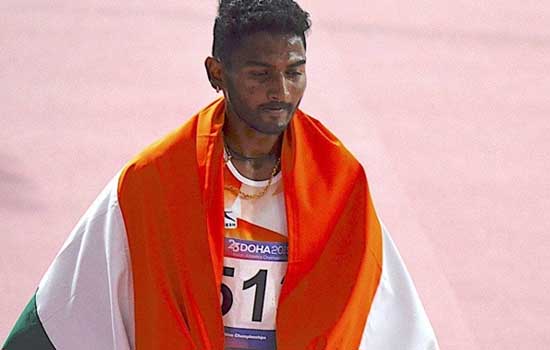 India's Avinash Sable has qualified for Tokyo Olympics in men's 3,000-metre steeplechase event by shattering his own national record at the World Championships in Doha yesterday.

Avinash clocked 8 minutes 21.37 seconds to breach the Olympics qualifying standard of 8 minutes 22 seconds. He also bettered his own national record of 8 minute and 25.23 seconds which he clocked on Tuesday during the first round heats.

The 25-year-old from Mandwa in Maharashtra had made it to Friday's finals in dramatic circumstances after he initially failed to make the cut in the heat races on Tuesday.