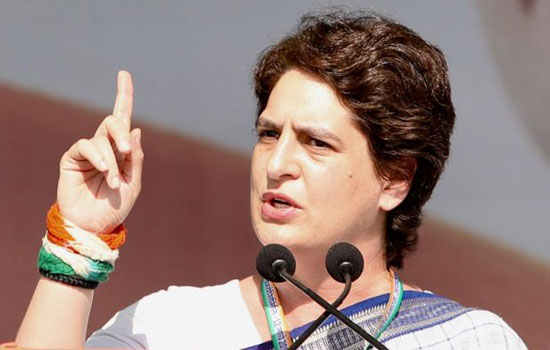 Congress on Sunday alleged that Party General secretary Priyanka Gandhi had received a message from WhatsApp about the spyware. In a press conference, the CongressquestionedwhethertheModigovernment spied on individuals and policymakers who disagreed with them in the runup to the Lok Sabha election in 2019. Randeep Surjewala questioned whether those in control were guilty of crimes, and whetherthe government knewthat illicit spyware was being used to spy on important individuals. "Shocking facts in #WhatsAppSpygate - WasBJPGovernment spyingoncitizensand political leaders in the run up to 2019 elections," he asked. "Did Government know of the illegal spyware since May 2019? Are those sitting in echelonsofpowergulityof criminaloffences," Surjewala asked. WhatsApp told the government in Septemberthat 121 Indian users might have been hacked by an Israeli spyware firm, an official at the online messaging service provider said, explaining what was a second warning about a potential snooping effort which came to light earlier in the week.